EXPATS in the EU will be able to open a basic UK bank account from 2016. 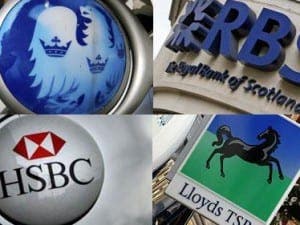 The residency requirement that has blocked many expats in Spain from opening a sterling account in Britain will be swept away next September when the UK Payments Accounts Regulations of 2015 come into force.

And the British Banking Association (BBA), has questioned whether the regulations could facilitate money-laundering.

A BBA spokesperson told the Olive Press: “The regulations as they stand are not clear on a number of issues which we would like to see addressed.

“The banking industry is working closely with the Treasury to discuss concerns over the application of anti-money laundering rules.

“It is important that banks are able to serve their customers without compromising their ability to manage risks.”

Brian Cave, a campaigner for the rights of Britons abroad, said he had mixed feelings about the new regulations.

“It has been deplorable that British citizens outside the UK cannot open accounts in British banks,” he told the Olive Press.

“But we should have access to to all bank accounts, including savings accounts. It’s a toe forward, when we need to put a great big foot forward.”

Jorge Hinojosa - 29 Sep, 2022 @ 19:35
A WELL known Cuban criminal is believed to be behind the burglary of a Spanish holiday Airbnb that left a British bride and her...