AFTER the Second World War, Franco adopted a combative approach to Gibraltar. 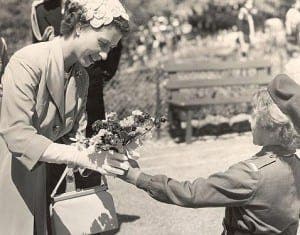 A 1954 visit by Queen Elizabeth II infuriated the dictator, who threatened to confiscate Gibraltarians’ Spanish properties.

In 1963 and 1964, Gibraltarian leaders Sir Joshua Hassan and Peter Isola lobbied the UN, who rejected Spain’s claim to the Rock.

On September 10, 1967, Gibraltarians voted overwhelmingly in favour of remaining under British sovereignty, with 12,138 opting for the status quo and only 44 opting to live under Spanish rule.

The Gibraltar Constitution Order was published on May 30, 1969. On June 9, an outraged Franco closed the Rock’s borders.

Residents now had to make a sea-bound voyage to visit friends and relatives, with telephone lines cut. It was effectively a siege designed to cause economic hardship to Gibraltarians. The Rock’s Spanish workforce was replaced by hundreds of Moroccans, and food trade with Spain came to a halt.

Although Franco died in 1975, the border remained sealed until 1982, when it was finally reopened.

John Culatto - 2 Feb, 2023 @ 13:54
PHOTOS of the new care home put together like Lego from modules built in China show the amazing facilities elderly people from Gibraltar will...