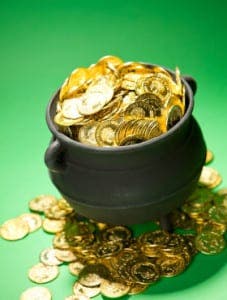 UCIS stands for Unregulated Collective Investment Schemes and the Financial Conduct Authority has labelled them ‘toxic’.

Their sale was severely restricted in the UK by new legislation which came into force on January 1, 2014.

But now expats globally are being targeted by the sellers of these lucrative products.

The law was designed to protect what the regulator calls ‘retail investors’ from UCIS which, by their very nature, often comprise complex financial instruments, the true workings of which can only be fully understood by their creators.

For ‘retail investor’ read ‘man in the street’ – the ordinary Joe Public who would not want to take significant risks with their money.

Before the regulator stepped in, the sale of UCIS in the UK saw casualties as the underlying investment structures failed to produce the promised returns. The failure of Lehman Brothers back in 2008 saw many such schemes fail.

For the first time, people realised that it was not only market risks which affect investments. For these types of product, the ‘counter party’ risk should also be considered.

That is where a supposedly reputable financial institution with all the right ratings and agency accreditation stands as some kind of guarantor behind the arrangements. However, if they fail as was the case with Lehman’s, their guarantees become worthless and the vulnerable investors are the losers.

Arguably, for experienced sophisticated investors, UCIS do have their place and offer
some opportunities but only for those who really understand the risks. Even then, if there is any kind of run on the investments – as was the case when the UK regulator labelled UCIS toxic – funds are often suspended to protect the majority while the schemes are unravelled, which can take years.

If this was your nest egg relying on immediate returns it could leave you in a very difficult place, as many such investors have found out to their cost.

And that always presupposes that the investments were legitimate in the first place. All too many are out-and-out scams.

As always, it is the vulnerable who are most at risk. And, as the UK regulator closed the door to UCIS in Britain, sales teams are looking for softer targets and homing in on the expat market around the globe.

The sellers earn high commissions, the cost of which is often disguised within the contract and will typically be skimmed off your investment at the outset. Their sales patter is very slick and reassuring as they tell you what you want to hear.

But the difference between ‘exotic’ and ‘toxic’ is only the letter ‘e’.

You have been warned.