WITH the recent financial data in the UK and America’s latest decision to leave interest rates where they are, we have for the first time seen speculation that they could turn negative in the UK. 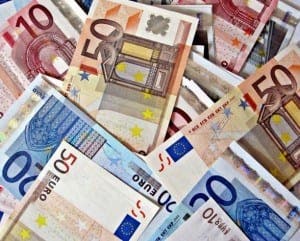 Is that likely to happen? I personally don’t think so but it does raise some interesting questions.

A negative interest rate would suggest that banks and financial institutions would need to charge you for looking after your capital. Not possible, you may think! But that already happens with banks which are not meeting the Bank of England lending targets, for example.

Talking of lending, would a negative interest rate mean that you would be paid interest on a mortgage? Again, in real terms this won’t happen because mortgage deals will typically have a floor level below which they cannot descend.

The real message is that it really does look as if interest rates will remain low for the medium term. And, even if they do start to rise next year, the increments are likely to be very small and spread out to help soften the negative impact on the economy; and, more importantly, on borrowers who have now been used to record low interest rates for nearly eight years!

So where should you turn if you are looking for a reasonable return on your capital, or perhaps need to generate some income from it?

Whilst a traditional answer might have been to look to the bond market, government-issued bonds such as gilts have been overpriced for some considerable time now. You might look towards corporate bonds, issued by companies looking to raise capital without going to a traditional lending source or diluting their equity. The problem here is one of risk – unless you are very selective, the risk level you are taking could be off the scale you are comfortable with.

If you turn to so-called ‘alternative investments’, again the question of risk has to be considered. Once again we are starting to see ‘exotic’ investment opportunities but they are typically not for the faint-hearted and are not always what they appear to be, so be careful.

Another traditional alternative is to invest in property, which has worked very well for many people over the years but is not the solution for all. Property can be illiquid, so you may not be able to get your capital back when you want it. Property requires maintenance and you also need to be certain of receiving a rental income to meet your expectations.

Annuities were designed to provide a regular income and they have their place. However, typically, you will be sacrificing all or some of your capital to secure the guaranteed income an annuity will provide.

There are other options available too, which fall into risk-managed categories, so talk to your financial adviser. But please make sure they are properly-licensed and regulated, and be sure to get their advice in writing.

Splashing out: Record levels of investment as property sector in Spain booms