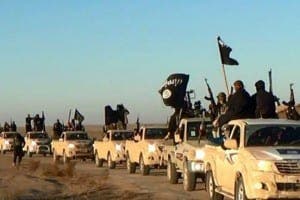 THE Spanish government has decided not to increase the terror alert.

On the recommendation from interior minister Jorge Fernandez, the risk of attack remains ‘high’, at level four, but not ‘very high’.

Follow the brutal murder of 129 people across Paris on the night of Friday November 13th, the West is in shock.

Spanish police have been alerted to the possible escape to Spain of one of the top Paris terror suspects, 26-year-old Salah Abdeslam.

And Spain’s highest political powers have stopped short of upping the terrorist alert to level five – ‘very high’ (muy alto) – until the point when an ‘imminent attack’ is predicted.

“We really want to call for a sense of calm,” said Fernandez.

“We are together in the fight against terrorists and good and liberty will always win out.”

The scale, which runs from one to five, from low to very high.