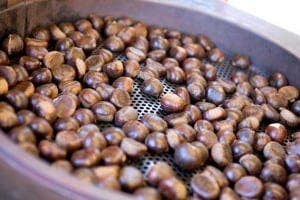 THEY made Nat King Cole burst into song and they’re one of the most evocative Christmas images on the Costa del Sol.

Chestnuts have been eaten in Spain for centuries and were known as ‘the bread of the poor’ in areas where they were dried and made into flour.

Growing around Leon, the Basque Country, Galicia and Austurias  they are the centre of traditional ‘magosto’ parties around fires in northern Spanish towns.

And with a low calorific content and fat quantity, they make a healthy Christmas snack.

Ode to autumn: 10 reasons to love the season of mists, mellow fruitfulness and effortless parking