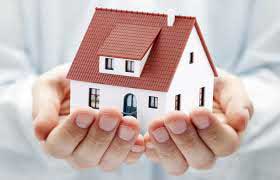 MILLIONS of customers in Spain could receive payouts after the European Commission told banks to repay customers’ hit by so-called floor clauses in their mortgage deals.

Around 10% of Spanish mortgage holders are affected by the ‘clausulas suelos’.

Adicae, the association of Spanish bank users, estimates the clauses have cost the average client €3,000 a year and have been partly responsible for 90% of Spanish evictions over the last few years.

The EC opinion is not binding, but the ruling is requesting payment be made for the full duration of the loan.

Incredibly many banks are still refusing to remove the clauses despite Spain’s own High Court ruling in May 2013 that the clauses should be repaid from that date.

Lenders BBVA, Abanca and Cajamar have removed them, while Caixabank also eliminated most of its clauses at a cost of about €220 million a year to the bank.

Banks, including Sabadell and Unicaja, have still to remove the unfair clauses.