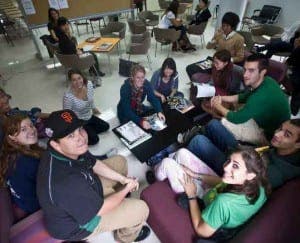 SPAIN would be richer than Italy if its companies were bigger.

A study from Madrid’s Complutense University has revealed that Spanish productivity and GDP would be 10-15% higher if its average business size matched that of its neighbours.

While an average Spanish company employs 4.6 workers, Italian companies have 5.8 and the UK and Germany lead the way, with 10.4 and 12 respectively.

“The size of a company has a strong relationship with Spanish productivity problems,” revealed researchers.

In general, larger companies have easier access to capital, are more intensive in their use of labour and technology and more likely to export.