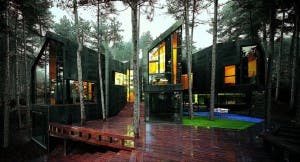 A PRIZE-WINNING, iconic Spanish property has come on the market for a bargain €1.5 million.

The eye-catching four-bedroom, four-bathroom house’s design has been exhibited in New York’s MOMA art museum and won the prize for the ‘best detached house’ by Swedish builders Technal. 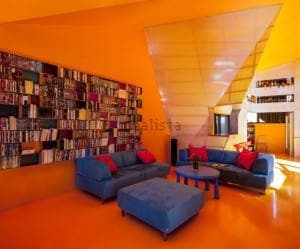 Each square metre of the building is worth €3,055.

The environmentally-friendly house was built around 50 ancient trees and also has a semi-indoor heated pool, four big terraces, underfloor heating, two lounges, a bar and a study.

It is on the market via one of Spain’s leading internet estate agents idealista.es.