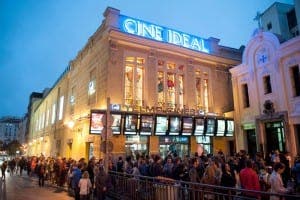 SPAIN’S cultural industries have declared war on the government over an ‘unjustified’ ticket admissions tax.

The film, music, theatre and art industries have united to release an advert in cinemas this December which slams the PP just weeks before the general election.

“The rise in the sales tax has no economic justification,” said a Union of Associations of Cultural Industries.

“It was a political decision and a punishment imposed by a government which during four years has shown no sign of respect for an industry that represents 3.6 percent of Spain’s GDP.”

Other political parties have pledged to lower the tax in their election campaigns, with piracy hitting Spain’s culture sectors.