YET another Iberian lynx has been killed in Andalucia. 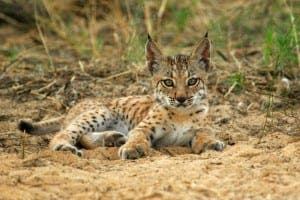 The campaign to protect the species has suffered a difficult year, with nine of the wild cats run over on Andalucia’s roads.

The latest incident took place in Jaen, near the town of Vilches.

An EU-financed project was launched across the region 12 years ago after the number of wild Iberian lynx plummeted to under 100.

That number has at least tripled since then, and the latest births suggest the big cats are now re-establishing themselves across a wider area.

In March the Junta and the Ministry of Public Works announced reduced speed limits in areas where high death rates have been recorded for the lynx, the world’s most endangered feline.