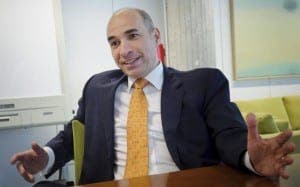 A FORMER CEO of stricken energy giant Abengoa joined a US investment firm who made millions from his old company’s collapse, it is alleged.

In August BlackRock, which has around €3.73 trillion of assets, took short positions against Abengoa on the market worth 1% of its working capital.

The deal made BlackRock millions and helped accelerate Abengoa’s demise with liabilities of around €25 billion in Spain’s biggest ever bankruptcy case.

It will also look at severance payouts received by Sanchez and former Chairman Felipe Benjumea following complaints from Abengoa shareholders.