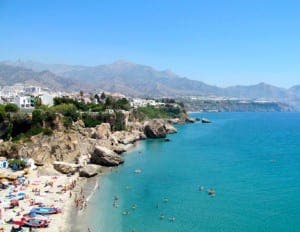 AXARQUIA towns fear they may lose 5,000 foreign residents from their books this year, with disastrous consequences to council resources.

A revision of the municipal registers set for March 31 will mean that expats who have not renewed their town hall registration – padron – in the last two years will be left out.

This could cause significant losses to public funds and resources, including a reduction in the number of councillors.

Nerja Town Hall has already launched a campaign which states 1,600 people will be removed from the padron if they don’t renew their residency status within three months.

The Axarquia’s tourist hotspot is concerned its official population figure could dip below 20,000 again.

Elsewhere, Torrox has seen its number of expat residents supposedly drop by 1,000 over the last three years.

Even in Competa, which has enjoyed almost equal numbers of expat and Spanish residents during the past decade, the town hall is appealing for 700 foreigners to make themselves known officially.

Expats also make up about a third of the population of Frigiliana, around 1,300 people, so the town hall there is also persuading foreigners to renew their residency.