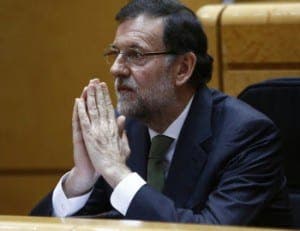 MARIANO Rajoy has turned down King Felipe’s invitation to form a new government.

The PP leader threw in the towel after it became clear he wouldn’t receive the necessary backing from the other main parties in order to form a coalition.

Socialist PSOE leader Pedro Sanchez will now be given the opportunity to form a coalition of other left-wing parties.

He must win a vote of confidence in Congress to do so.

On Friday, Podemos leader Pablo Iglesias indicated he was ready to form a ‘coalition of change’ with the PSOE and the United Left (IU).

Spain has been without a government since the general election on December 20 when no party won an overall majority of 176 Congress seats.