CLIENTS often ask me when VAT (el impuesto de valor añadido or IVA, in Spanish) is due on the purchase of building land in Spain. 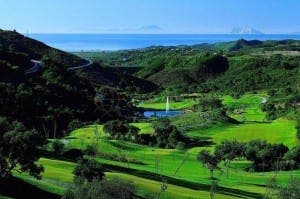 This is especially important for those acting as developers because, in some cases, the VAT paid when purchasing land can be offset during the building process (the subject of next month’s article).

But it is also relevant to those who are liable for transfer tax, a significantly lower fiscal burden than VAT.

To make sure I provide the best possible answer to the next client who asks me, I talked to a lawyer – Adolfo Martos Gross, a partner in Costa del Sol law firm GAM Abogados – and put the very same question to him.

In the case of a building plot that is classified as urban land – the only type you can legally build on in Spain – Adolfo says VAT is levied, in addition to the sale price, when the seller is a Spanish company or professional who is acting within the scope of their business activities.

If this is not the case, urban land sales are not subject to VAT, but to transfer tax (el impuesto de transmisiones patrimoniales onerosas, ITPO).

When the seller is a Spanish business or professional, VAT is levied at a flat rate of 21% on top of the sale price. But that’s not all, Adolfo notes. Another tax is also due – stamp duty (actos jurídicos documentados, AJD) – charged at an additional 1.5%. Which makes a whopping 22.5% extra, in total.

Let’s look at a few examples:

What matters, Adolfo points out, in all of these scenarios is the status of the seller, not the buyer. Whether the buyer is a company or an individual makes no difference.

The seller is responsible for determining which type of tax – VAT and AJD, or ITPO – must be charged. If the buyer does not agree, the case may be reviewed by the tax authorities.

But the buyer is always liable for payment, whatever tax is due.