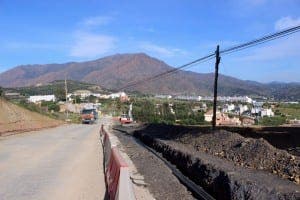 VULNERABLE Estepona residents fear they will be thrown out of their homes for not being able  to cover ‘enormous’ infrastructure charges.

After a 20-year battle with homeowners – many of them expats – Estepona Town Hall has given the green light for a €6million roadwork project to begin at the Valle Romano urbanisation.

Some 200 residents have long been protesting the project for which they will be charged up to €45,000 each, a fee many insist they simply ‘cannot afford’.

And while the town hall claims to have reached an agreement with residents to ‘unlock issues blocking the works’, Valle Romano residents insist no such deal has been brokered.

“We have been told absolutely nothing,” one resident, who wishes to remain anonymous, told the Olive Press. “No agreement has been reached and nothing has changed.

“Most of the people who live here are elderly and have very little money. They are scared their homes will be embargoed and they will be out on the street.”

“Several residents have contacted the ombudsman in Madrid but nothing has ever come to fruition.”

In fact, the Estepona Expat Association even appealed to the European Union to intervene, as reported in the Olive Press in October 2014.

However, construction firm OHL has begun work and residents are expected to pay up before the next phase of construction begins in March.

Contrary to what residents say, a spokesman for the town hall confirmed everything ‘had been agreed and finalised’ for the work to go ahead.

“The town hall has been responsible for developing the ground, drafting the plans and agreeing terms with the homeowners to unlock an issue that had dragged on for more than two decades,” he said.

“It is a major project that affects about two hundred residents who are obliged to bear the costs of these works.” 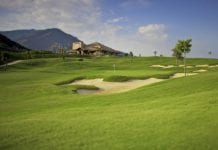