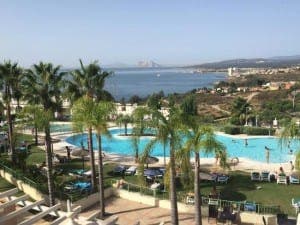 DOZENS of partridges and at least 20 cats have been found apparently poisoned outside a Manilva hotel.

Expat animal rights groups, including Adana, are now investigating claims that they were killed by workers at the Pierre y Vacances resort.

A series of leaflets claim that the hotel killed the animals after illegally putting down poison to keep rodents at bay.

Hotel bosses have since launched a internal investigation into the allegations, coming to the conclusion that their staff are not responsible.

“The local police are currently in the midst of an ongoing investigation into the recent animal deaths that have been reported close to the resort, in Manilva.

“The initial findings of this investigation have revealed that these acts are not linked to the resort.

“In January 2016, the resort initiated an internal investigation and informed the police about the incidents to establish the circumstances of these animal deaths. The health and safety of all pets is of paramount importance to the resort. All the resorts and residences of the group are pet friendly.”

Shaggy dog stories: Surviving the heatwave and how sausages are proving the secret weapon to win over rescue dogs at Costa del Sol’s ADANA