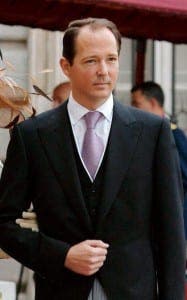 THE son of an exiled King has been named as Barclays bank’s country manager for Spain.

Replacing Jaime Salaverri, former Rothschild banker Konstantin Sajonia-Coburgo is to take the reigns at the top of Barclays’ operations in Spain.

Educated in the United States, Sajonia-Coburgo grew up in Spain after his father King Simeon II was exiled from Bulgaria after the monarchy was overthrown in the 1940s.

Spain granted the family asylum following their exile and all of Simeon’s children have gone on to claim Spanish citizenship.

Sajonia-Coburgo married a Spaniard and has twin boys.

Barclays sold part of its operations in Spain to local lender Caixabank in 2014. It still operates in investment banking and is currently in the process of offloading its credit card business in Spain and Portugal.