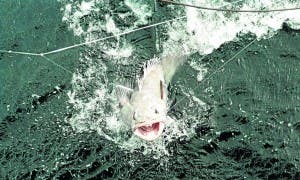 IT’S a murky form of modern-day piracy that has netted millions for its practitioners.

But it’s not treasure that has enticed these 21st century Spanish brigands. It’s fish.

The hunt for the precious omega 3-rich Patagonian toothfish – known as ‘white gold’ – can yield an incredible €73 million in a single season’s haul.

Described by celebrated food critic AA Gill as the ‘most utterly delicious fish’, it is understandably big business, but also highly illegal, akin to hunting the critically endangered rhino or gorilla.

So critical has become its protection that only tiny shoals are left and figures such as Prince Charles have helped to launch campaigns to protect them.

And despite thousands of restaurants around the world refusing to serve it up, industrial scale fishing somehow still continues… and its worse culprits are a Galician gang, that thankfully has been finally snared after a decade of evading justice.

The detention of six members of the Vidal family after an investigation by Interpol and Spanish police was greeted with delight by environmentalists around the world this month.

Indeed, it was largely thanks to the bravery of one of its sailors, Captain Siddharth Chakravarty that these two pirates were finally brought to justice.

A 110-day chase of the Vidal supership Thunder by Chakravarty, last year, became the longest in maritime history.

“For years, the Vidal crime syndicate have destroyed the vulnerable toothfish populations in the shadowlands of Antarctica, using the blurriness in international law to hide their involvement,” Chakravarty told the Olive Press from the South China Sea, this week.

“This is now thankfully coming to an end.”

The Spanish high court has said the family form a ‘criminal organisation’ and they have hit the Vidals with €17.84m in fines. 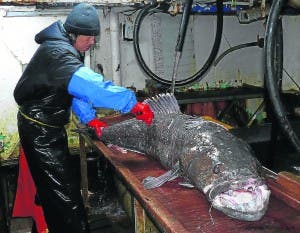 This sad tragic story has its roots in the insatiable Spanish desire for fish.

In 2013, Spaniards devoured more than 26kg of fish, behind only Portugal in Europe and close to Japanese levels of consumption.

And their enormous appetite for fish shows no signs of stopping, with this month plans being unveiled for a controversial 65-hectare site near Zamora which would house the ‘biggest farmed salmon factory in the world’.

As Spanish stocks have depleted, its fishermen have been forced further out to sea.

But Galicia’s misty docks also have a long association with nautical skulduggery. During the 1980s the local criminal fraternity, capitalising on the area’s links to South America (forged when poverty-struck Galicians were forced to emigrate) turned the coastal area into one of the main portals for Europe’s drug trade.

Antonio Vidal Suárez was born in 1952 with the region’s cold Atlantic brine flowing through his veins. Raised in Riviera, Spain’s most important inland fishing port, he learned his trade from his father, a local shipowner.

When his father died, Antonio set up his own trawler company. His son Antonio, Tono, a highly-intelligent man with a business degree and fluent in English, became his trusted right-hand man in their company Ribeiro Vidal Armadores.

The company operated local trawlers and although things went swimmingly to start with things got tougher for Galicia’s fishermen after Spain joined the European Union in 1986, when already depleted fish stocks were finally protected by the imposition of fishing quotas.

This was bad news for the Vidals.

Realising the family business needed to expand or die, they teamed up with Antonio Perez, a fellow Riviera fisherman who had worked in the lucrative toothfish industry off the coast of Argentina.

“If you go back to the 80s and 90s off the Falklands, Spain has always had a hand in the toothfish industry,” Captain Chakravarty told the Olive Press from his boat, currently in the South China Seas, chasing a band of illegal shark fisherman.

“When the Spanish fishing business started to collapse it seemed like a really good business to go into. The Vidals had the money to stay one step ahead.”

With toothfish in plentiful supply in French waters in the Southern Ocean, Vidal went into partnership with a French company to exploit them.

However the lucrative business eventually soured at the hands of the authorities, which is when the Vidals opted to go out on their own, completely illegally. 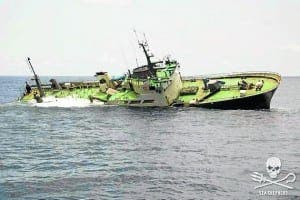 “I am not a pirate,” said Suarez when confronted about his actions by a journalist a few years ago. “Legal fishermen can say whatever they like and accuse whomever they want.

Why? Because they don’t want anyone else to catch those fish. Who is the pirate here? Me or them?”

To conservationists, however, their form of fishing was a blight on the ocean, with toothfish more susceptible to intensive fishing as they take longer to mature.

“The Vidals’ vessels used prohibited gill nets,” continued Chakravarty. “They stay at the bottom of the sea for a day and a half. This goes on for months and months until the sea is wiped dry. This has caused damage that will never be repaired.”
Originally popular in Russia and Ukraine only, by the 1990s toothfish become fashionable in the USA and Asia.

New York’s Four Seasons hotel put it on the menu, with one fish alone fetching up to €885. By now, the delicacy was cleverly rebranded as Chilean sea bass.

But as its popularity grew, overfishing made toothfish an endangered species.

Not that this mattered to the Vidals, who didn’t accept the illegality of their actions. Their refusal to bow to maritime law reached an astonishing head in 2003.

Between August 7 and 28 one of Vidal’s boats, the Viarsa, was pursued 4,000 miles across the Southern Ocean by Australian patrol boat Southern Supporter. It was one of the longest chases in maritime history.

With Perez at the Viarsa’s helm, the ship veered straight into a monstrous storm and had to change course for Antarctica. Huge waves threatened to rip the Viarsa to pieces but Perez was not about to surrender his €900,000 cargo of toothfish without a chase.

Despite 75-mph winds and narrowly avoiding some 70 icebergs, Perez led his 41-strong crew on a kamikaze journey.

“I’ve never seen anything like it,” said Stephen Duffy, the Australian Customs officer who was leading the patrol. “The blue colour streaking through the icebergs was something to behold, I never imagined we’d see so many.”

Finally, the Viarsa was cornered in the South Atlantic Ocean as ships from Britain and South Africa joined the pursuit.

But to the anger of all three countries, Perez and his crew walked free from charges of illegal fishing in an Australian court due to a lack of evidence.

Back in Riviera, the Vidals celebrated their release with a firework display and, no doubt, lots of fine Albarino wine.
However, the family were soon in trouble again.

In May 2004, Tono Vidal attempted to import 53 tonnes of toothfish into Miami. Using fake documents and working through a Uruguayan-based company, Fadilur, Tono hoped to sell the fish on the American market.

But when the false documents were uncovered by US agents, Interpol issued an arrest warrant. Desperate, Tono reached out to the FBI to strike a deal. The Spaniard avoided 20 years in prison by agreeing to inform on other tooth fishermen.
Pleading guilty, he received a €357,000 fine and four years’ probation, the first Spanish pirate convicted in the USA.

International pressure began to grow on the Vidal clan.

Greenpeace lobbied Zapatero’s then socialist government to move against the family’s operations.

But nothing was done and in 2011, Greenpeace produced a leaflet called Tono, which accused the government of protecting him.

“Spain not only hasn’t acted against him, despite receiving international pressure, it has supported him,” said a spokesperson.

“They have even interceded on his behalf and given grants worth millions.”
Incredibly, the government had even gone the other way, actually supporting the Galician gangsters.

Greenpeace estimated that Vidal Armadores had received €16 million in grants from the government and the Galician Junta. Commentators estimated backhanders. But the net was closing on the Vidal crew.

In February 2016, one of these, the Kunlun, attempted to offload its illegal haul of toothfish in Senegal while sailing under a false name. Its crew was arrested.

Altogether, three of Vidal’s ships have been successfully pursued by Sea Shepherd.
The culmination of the operation was the arrest this month of Tono and Tucho el Coyo, plus brothers and sisters Angel, Belen and her husband Joaquín Manuel Pérez.

“We haven’t seen the details of the charges yet, but these are now criminal proceedings and could lead to jail sentences, not just fines,” says Elvira Jiménez, the head of Greenpeace Spain’s oceans campaign.

Spain’s most notorious pirate family could finally have been sunk.