SPAIN is the country of the flamenco. Spain is home to the international delight called the ‘paella.’ But perhaps what is less known is that Spain is also known as the capital of gambling in Europe, which some have called EuroVegas. 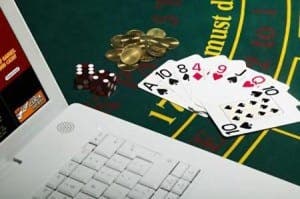 With growing technology, online gambling has become the next big thing in this country. There are a few reasons why the people in Spain have embraced gambling with an online casino platform, some of which they may not even be aware of:

Soccer: The main drive for the Spanish

One of the reasons that Spain is so popular in regards to gambling is its soccer teams. The squads that make up Spanish soccer are world-renown teams like ‘El Real Madrid‘ or the ‘Barcelona’ squads. These teams are peppered with some of the world’s greatest soccer players, and the Spanish people know this.

Of course, this does not include the country’s soccer squad that travels all over the world to battle for the country’s honour. The World Cup alone is an exceptionally important time for Spain and gamblers.

This could also be the reason that the online casino has made a significant difference to the Spanish. Soccer games are televised all the time, and it is much easier to make bets and predictions from the comfort of their home. This is especially true about World Cup tournaments, which have not been contested in Spain for a few years.

People may not have the opportunity to travel to every game personally, but they can bet online.

Poker: The second biggest gambling bait in the country

Poker is becoming a very popular game in Spain; in fact, the Spanish have been playing poker 9% more than previous years. But many people have been opting to play the game online instead of in person.

There are a few reasons that poker is played online rather than in person. Some say they enjoy having the security of transactions because their winnings are deposited straight to their bank accounts. Others enjoy the ability to choose between an array of different stakes (for those who want to bet more or less).

Perhaps one of the biggest perks of betting online is the ability to challenge more people than one could at a physical casino. Remember that if all else fails, online gamblers get to gamble wearing comfortable clothes, and everybody appreciates that perk.

Spain has been tracking gambling, and it noted that it has risen by 19% in recent years. Spain was able to see a national revenue of about 62 million pounds in just three months. And, in a time when Spain is going through a sharp recession, this is definitely the kind of cash flow that the country needs to turn the economic tide around. Though the gambling rise was not explained, it could be related to the freedom of gambling from home.

There are other types of online games or sports as well, like international basketball, which is gaining popularity. And the Spanish are sure to keep up with the trends.