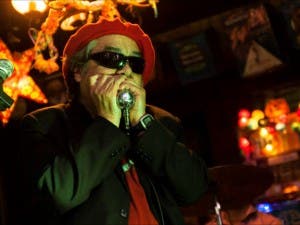 ONE of the world’s top harmonica players is embarking on a Spanish tour.

Paul Orta from Texas, USA, will be touring Andalucia along with the Short Fuse Swamp Blues band from the UK.

Opening in Almeria on April 28, Orta will be playing in Estepona’s King Creole the following evening as well as in Granada on April 30.

After that the Texan will be heading north through Spain before jetting home.