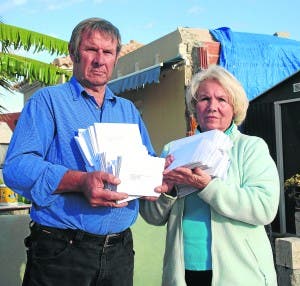 MUCH will be written this week about Leonard and Helen Prior, who unwittingly became through no fault of their own, the most famous Britons living in Spain.

Their fame came cruelly when their dream three-bedroom home was demolished in a cowardly and stupid miscalculation back in Almeria in January 2008.

Yet the Priors home was NOT on a flood-plain.

It was NOT in a place of singular beauty, NOR was it on the beach or on any plan for expropriation.

The Priors were – and are – a simple British couple who had retired to Spain, after a professional life in England that afforded them a reasonable retirement egg.

They had planned to move here to enjoy their twilight years with a glass of red wine as the sun sank each evening over the hills before them.

After getting planning permission through the usual method via their town hall, they invested €375,000 constructing their dream home complete with heated swimming pool and landscaped gardens… They even named it Tranquilidad (Tranquility). 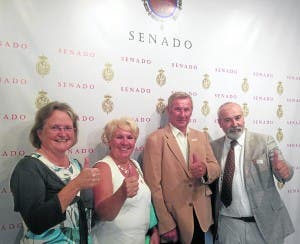 It’s not clear why their house was chosen and no other similarly-erected homes built around them faced the same treatment.

Perhaps the 30-minute demolition was to send us expats a message?

Perhaps they were foreigners, who would just disappear back to their own country.

But they didn’t. They moved into the garage, making a home in the cramped stuffy lean-to, with hose-pipe water and a generator for electricity – as so many other retired foreigners have been tragically forced to do in Andalucía.

Millions read about what the Spanish had done to an innocent couple in the final years of an uneventful life.

The Olive Press was there every step of the way.

Now, once again, Leonard and Helen Prior are in the news. This time, even the Spanish news.

A happy event, as the news has been billed: the judicial system here has blamed the local town hall. 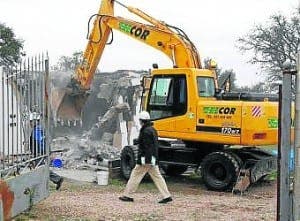 Not the perpetrators of the assault – those faceless morons at the Junta – but the local authority, who gave permission for the home to be built.

The town hall must pay around half of the money claimed by the couple, and failing an appeal (which will surely be made), the Priors will be awarded enough to buy a smaller house somewhere – maybe in another more welcoming area!

Unfortunately, the ‘costs’ – the gigantic legal fees (after over eight years) are to be shared.

A much smaller house, maybe something nice in Morocco, or Romania.
Andalucía is almost proud of its ‘300,000 illegal homes’: as if no one knew about these houses built mainly for speculation in this large and impoverished region.

There are some 11,000 ‘irregular’ houses in the Axarquia, 12,000 in Almanzora Valley, in Almeria, and a whopping half of Chiclana’s residents, 40,000 of them, live in illegal dwellings. That is just three small areas.

Most of the builders of these homes were protected, as often happens here, behind simple €3,000 limited-liability companies.

Many of the mayors who gave out the licences – illegally and usually in return for backhanders – have had ludicrously low fines and small jail sentences… allowing them to get out and dig up hidden nest eggs of €500 notes buried around the Andalucian campo. 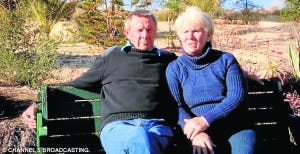 Many foreign (and, to be fair, Spanish) buyers were caught in these traps: and the horror stories were told again and again in the foreign media, leading to millions, billions in fact of investment being cancelled, as buyers and investors stayed away.

And it’s not just Andalucia, the problem of illegal builds is widespread across Spain while Cantabria and Galicia are also badly affected.

The root of the cause of the problem is the complexities of Spain’s planning laws, builds going ahead with a lack of enforcement and legal action taking place much later.
And, of course, the affliction of greed.

While two new national laws, protecting those who buy in good faith, were put in place last year thanks to campaigning from residents groups, such as AUAN, they don’t protect those already bitten.

So, how did the Junta (which ‘chips’ all the animals in the region, even the goats, and knows everything that must be known), fail to notice the construction of 300,000 houses, many even in large illegal urbanisations?

And again huge development projects like the Los Merinos golf course, near Ronda, in a Unesco-protected area, or the Algarrobico hotel, on the beach, in a natural park?
Few remember what Andalucia was like before all this concrete landed on us.

So let’s not dwell on the poor Priors, the mere victims of circumstance.
We should be sparing a thought for the Andalucian people.

After all, how many jobs have been lost or will never be created, and how much money has not been invested in this region from abroad thanks to the actions of the Junta? And then there is, of course, the poor countryside that will never be the same.
But nobody really thinks about that, do they?