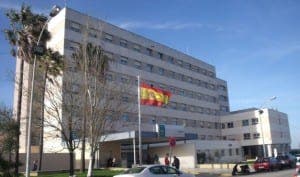 IT was just an appointment for a blood test and a chat with some dashing post-graduate anaesthetist (I hoped) about my impending, non-life-threatening operation.

It turned out to be a six-hour visit to four departments with two disrobings in different buildings, all on an empty stomach because you can’t eat or drink before a prueba de sangre (blood test).

Normally they do it nice and early in the morning so you don’t have to wait too long for that life-saving first café con leche. But my appointment was 10:30am – way past breakfast and approaching elevenses.

And being British I got there early – a big mistake. In Spain, you should arrive at least an hour late to be on time for anything, I reminded myself as I fought my way along corridors more clogged than a London tube train at rush hour; the difference being that here, everyone was having a good old natter and making a social occasion of it.

Finding myself a perch outside Consulta 7 – you can’t call those long lines of joined-up metal platforms in Algeciras’ Hospital Punta de Europa ‘chairs’ –  I learned from a large lady whose bottom was sharing my ‘rung’ that the doctor was running approximately two-and-a-half hours late.

A posse of disgruntled patients was already waiting in ambush outside his door to pounce on the nurse as she emerged to summon the next victim, waving documents and all talking at once.

“I have to get to the paint shop before it closes.”

“I have an elderly mother home alone”

“I’m diabetic, I need to eat and take my insulin or I could pass out.”

All to no avail.

Finally it was my turn. It went fine. Although I was a little disconcerted when the anaesthetist asked me, “Are you having it all out or just partially?”

He did know that the surgeon performing it was ‘a very jolly man with curly hair’ which on a need-to-know, I didn’t, although I was beginning to understand why this particular doctor is infamously late. Oh well, he was almost handsome.

But that wasn’t the end of it. There was a maze of corridors to negotiate to find the blood clinic, then out past the dustbins, through a basement and up in a service lift to the main hospital for an X Ray.  I got lost somewhere between Obstetrics and Endocrinology and trailed in last, behind the lady with the large bottom and an elderly gent on a zimmer.

Then we had it all to do again in reverse to get back to outpatients for an ECG, by which time we were all in need of pacemakers. I’m expecting an Unfit for Procedure letter any day now.

Who knew blood tests could turn out to be such an adventure? No one had been forewarned, of course. It’s just assumed you’ve got nothing better to do.

By the time I was set free to get my caffeine fix the winter sun was heading back to the horizon but boy did that coffee taste good. A little abstinence makes the heart grow fonder.

Better still, for the first time in years I got through an entire morning without needing a pee!