SPAIN has become a hugely popular destination for British festival-goers. More than sun, sea and sangria, it’s sound that’s luring a new generation of live music lovers to our shores.

The advent of cheap air fares has dovetailed neatly with the explosion of interest in festivals, and intrepid aficionados seeking an alternative to rain-sodden British fields are jetting to Spain’ sunny planes to enjoy Glastonbury vibes in the Med, rather than the mud.

From Bilbao to Barcelona and Murcia to Madrid – and this year, Andalucia too – foreign music fans know they are guaranteed good weather, cheap beer and exotic surroundings.

The bands aren’t too shabby either, with this summer headlining Spain’s strongest festival lineup ever. 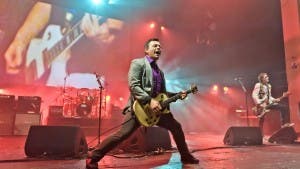 The Manic Street Preachers have grown from a rabble-rousing group of anarcho-punks into a giant headline act. The Welsh band top the bill at Murcia’s SOS festival and will be celebrating the 20th anniversary of their Everything Must Go album by playing all the tracks in full.

The Libertines’ 2015 album, Anthem for the Doomed Youth, marked one of the most unlikely comebacks of recent times. Pete Doherty and Carl Barat’s combustible relationship is a fascinating backdrop to the Libs’ energetic live show. Meanwhile sleek Glaswegian electro outfit Chvrches will have punters pirouetting to their synth-laden pop hooks. Catalan group Love of Lesbian, Blonde Redhead and Mew are other standout acts on an impressive bill. 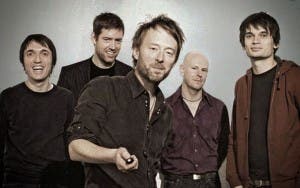 Once again, Primavera has arranged a world-class roster of talent and booking James Murphy’s LCD Soundsystem is a real coup, with the New York group’s Friends surely the perfect summer festival tune. Radiohead’s return for their first live dates since 2013 is another huge draw, but there is so much more to Primavera than its headliners. Air, Brian Wilson (performing Pet Sounds), PJ Harvey, Sigur Ros, Beach House, Dinosaur Jr and Deerhunter are just some of the bands heading to Barcelona for what is always the summer’s standout festival.

The absence of a festival in Madrid to rival Barcelona’s Primavera is finally addressed with Mad Cool’s heavyweight line-up. The Who, Neil Young and The Prodigy are headline acts that signal Mad Cool’s intent . Local heroes Vetusta Morla precede Roger Daltrey and Pete Townshend on the opening night to give the main stage a Spanish flavour. Elsewhere, The Kills, Jane’s Addiction, Editors and Caribou are part of the stellar line-up for this three-day extravaganza. Spin-off mini festival Get Mad at the end of May is good value, too, with White Fence, Black Lips and post-punk legends Wire rocking Malasana. 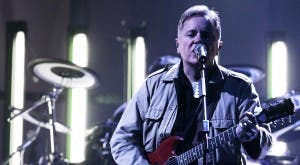 The same weekend as Mad Cool hits the summer circuit, dance fans can get their groove on at Sonar. The festival’s By Day and By Night tickets offer round-the-clock access to various Barcelona venues hosting the electronic music festival. Fatboy Slim, New Order and John Grant join over 150 diverse acts. Anohni, Anthony and the Johnsons’s collaboration with Oneohtrix Point Never and Hudson Mohawke, is a fascinating prospect. Richie Hawtin’s minimal techno, Santigold’s blissful funk and 2013 Mercury Prize winner James Blake will ensure the party goes on all night. 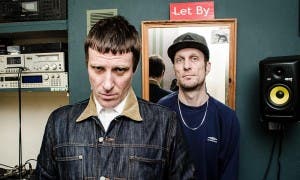 There will be a defiantly British feel at this decidedly Spanish setting. Certainly it’s unlikely that Costa de la Luz music fans have ever heard anything quite like Sleaford Mods. The duo’s pared-down rap invective, enunciated in a Nottingham accent as broad as the Trent, is a hybrid of The Streets and The Fall in all their splenetic glory. Buzzcocks’ timeless melodies of teenage angst will strike a more familiar chord, and the beatboxing Beardyman is another British one-off on the weekend’s roster. Headliners Crystal Fighters are the perfect feel-good act to round off a sun-kissed weekend. 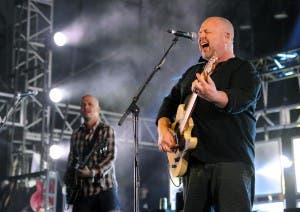 New Order would be the headline act at any ordinary festival but this year’s BBK is no ordinary gig. The presence of the majestic Arcade Fire has relegated the Manchester band into sub-headline slot on an eye-catchingly brilliant opening night. The following night, Pixies and Underworld are two stalwart groups whose infectious music retains its relevance years on. Canadian songstress Grimes, psychedelic Aussie rockers Tame Impala and British band Foals offer a strong variety of sounds. Father John Misty’s 60s-inflected melodies will sound sweet on a Basque summer night. 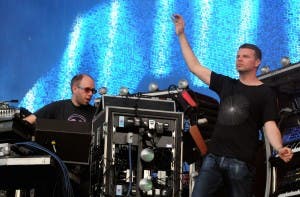 Benicassim is the number one choice for British music lovers heading to Spain. Over the weekend, the town’s festival campsites and bars reverberate with English voices. The heat certainly isn’t Blighty-esque, but campers can take a cooling dip in the Mediterranean and sprawl out on the beach to sleep off the previous night’s excesses. They will need to. Like all Spanish festivals, the music goes on all night at Benicassim – and it lasts four days. Chemical Brothers, Muse and Kendrick Lamar are huge headliners, with a special appearance of Bristol trip-hop masters Massive Attack a particular treat. 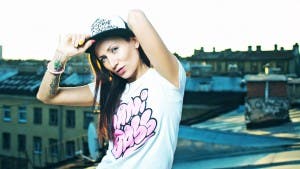 Since it started in 2013, the GEMF has stamped itself firmly as Gibraltar’s premier electronic music festival. Although this year’s full lineup hasn’t yet been released, acts confirmed so far include Lady Waks, Vulgarythm, Re-Sorted, Plata 44 and Nu-Era. International and local artists from emerging electronic music trends will hit the stage, with the festival promising massive change and growth this year. 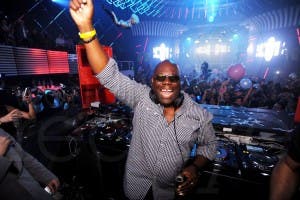 The cream of dance music’s DJ talent will be spinning the discs at Spain’s Dreambeach festival this August. Carl Cox, Claptone and John Digweed are just some of the star names performing at the electronic music festival from August 11-14. Sunday’s closing party at the Villaricos site will be staged by Elrow.