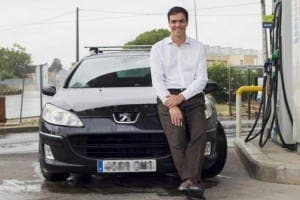 WHILE we may imagine they swan around in official, chauffeur-driven cars, many of Spain’s leading politicians drive the same cars as the masses.

It has been revealed that Prime Minister Mariano Rajoy declares he owns no cars since he travels in official vehicles even in his free time.

Podemos declares by far the least cars compared to any other party while boss Pablo Iglesias declares just one motorbike.

The prize for the wildcard politician goes to PP secretary for Castellon Miguel Barrachina, who has declared his beloved Massey Ferguson tractor.

And, in second place, Tenerife deputy Pablo Matos whose favoured mode of transport is his 10.2m long boat.