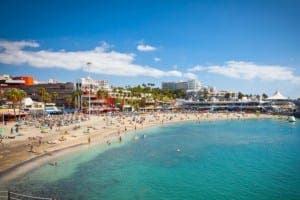 A BRITISH man has died in Tenerife after a fight in the early hours of the morning today.

The 53-year-old, who was staying in Adeje resort, was reportedly hit by two people in the brawl.

Emergency services were called in at 1.45am this morning and arrived to find the British man had suffered a heart attack.

Attempts to save the man failed.

The man who is yet to be identified was confirmed to be dead at the scene.

The location of the fight was near Playa de Las Americas in southern Tenerife, a popular holiday spot.