The man – linked to the disappearance of stunning Latvian expat Agnese Klavina, in 2014 – has been remanded in custody in Alhaurin prison, while awaiting trial.

He was driving a silver English-plated Bentley GT Continental, alongside his friend Craig Porter, who is also charged with the disappearance of Agnese.

After fleeing the scene, police arrested the pair at a bar in Estepona.

Appearing in court today, sources told the Olive Press that he pleaded guilty. Meanwhile Porter has been released on bail.

His passport had already been seized while he reports to police twice a month over the abduction of Agnese outside a nightclub in Puerto Banus.

While his lawyers insist he has not been charged for the missing girl case, he has now been accused of the death of a 40-year-old Bolivian mother of a two year old.

The woman was knocked over while crossing a zebra crossing in San Pedro de Alcantara.

“A lorry stopped for her, but the British driver of a Bentley went straight into her sending her 100ft into the air,” a source told the Olive Press.

Capper drives a number of luxury cars including a Mercedes S-Class and lives in the exclusive Madronal development – one of Spain’s most expensive.

His father, a multi-millionaire property owner, is originally from Essex. 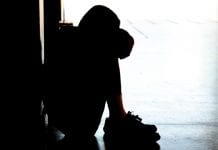 Staff Reporter - 20 Feb, 2020 @ 16:01
A research group has developed an ingenious material capable of absorbing microplastics from the sea