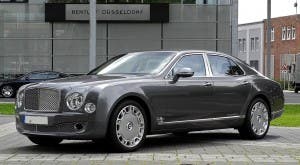 THE woman killed in a hit-and-run in Marbella was a Bolivian mother.

The 40-year-old died in Marbella’s Costa del Sol hospital after she was hit by a speeding Bentley.

Olive Press sources confirmed that the deceased was riding a bicycle when she was hit.

Unsighted by a truck stopped on a zebra crossing in San Pedro, the car allegedly sent the woman’s body 100ft threw the air.

Police have now shut off the main rounabout in San Pedro, while investigations continue.

The driver and another Brit – allegedly a wanted man – were later arrested drinking in a bar in Benahavis.

The deceased is believed to be the mother of a two-year-old girl.