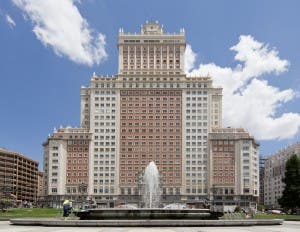 CHINESE group Wanda is one step closer to renovating Edificio Espana in Madrid after Mayor Carmena and the Spanish government finally approved its bid.

The decision brings fresh hope after reports that Wanda boss and Chinese magnate Wang Jianlin was going to abandon the project he bought for €265 million in 2014.

Edificio Espana was originally set to be transformed into a hotel with a shopping centre and luxury flats.

But Madrid’s Local Historical Heritage Committee has said the facade and side wings of the building can not be removed.

The officially-approved plans mean the imposing structure must retain its façade and the firm can apply for a building licence after the 20-day appeal window.