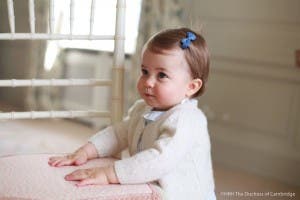 A SPANISH baby-clothing brand is celebrating a second endorsement from the youngest member of Britain’s royal family.

For the second time, Princess Charlotte has appeared in official royal photos clad in m&h designs.

Shot by the Duchess of Cambridge Kate Middleton to mark her daughter’s first birthday, the set of four photographs portray the royal toddler in various outfits including a pink cardigan and dress by the Spanish designer.

Mum Kate previously used the brand in the first official photo of the Princess, prompting a frenzy online with fans desperate to know where they could purchase the cute floral dress.

It is believed it was bought from an m&h store by the Princess’ Spanish nanny, Maria Teresa Turrion Borrallo. 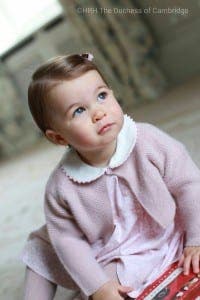 The clothing company was founded by Margarita Pato Cid and boasts five stores across Spain, including in Sevilla and Madrid.

Every piece is unique, having been made by hand using fabrics only from Spain.

The international demand for the pieces has led Margarita to create a website which will soon be able to deliver worldwide so that every mum can dress their darling daughters like princesses.