TORREMOLINOS council has announced the birth of its first eagle owl chick in captivity. 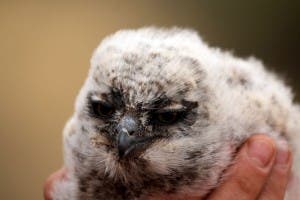 The furry raptor remains under the charge of the forest guard at the town’s Molino de Inca botanical garden.

It is still too early to know the gender, but carers suspect it is a male.

Local residents are being invited to choose its name via a social media campaign.

The elusive Eurasian eagle owl, common in Malaga, is one of the largest owls in the world, growing to a length of 75 cm, with a wingspan of 188 cm.