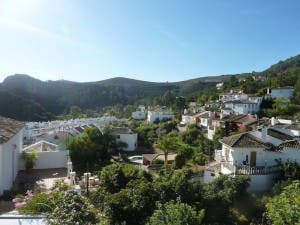 BRITS are still seeking out a switch to Spain and a trip to the Place in the Sun’s property show was concrete proof of that, writes Tancrede de Pola.

British people are as interested in buying property in Spain as they have ever been. That is not my opinion, it is a fact.

Last week, I sampled that interest first hand at the Place in the Sun property event in Kensington, London. With a number of Costa del Sol agents at the fair, I worked non-stop for three days. In total I spoke to upwards of 70 clients all seriously considering a move to sunny Spain.

Ironically it was 29 degrees out on the streets of London but I was cooped up inside dealing with prospective clients.

Offering advice on all mortgage and insurance queries, I was on hand to help all the Spanish firms, being an independent agent.

And although it was tough work it was encouraging to see such a high demand in Spanish property from British buyers.

And it wasn’t just the buyers out in force. The Costa del Sol was well represented by several esteemed agents and they weren’t alone as a number of Costa Blanca agents were also showcasing what they had to offer.

All in all the feeling was good about buying in Spain. In truth a number of clients have said they are putting off a move until after the Brexit referendum.

However, a large number of ready-to-be expats I met at the show are steaming ahead regardless.

And it was the same feeling across the event, where properties on offer ranged from southern France to Florida.

With over 150 official agents on display, A Place in the Sun is the official exhibition of the Channel 4 TV show and the largest overseas property exhibition in Europe.

They hold shows in London, Glasgow and Manchester and I have previously visited shows in Birmingham.

As a mortgage broker these trips are necessary to keep a finger on the pulse of moving markets.

Last year I went to Dubai to sample the interest and a trip over to Iran has been tabled for later this year.

With the relaxation of sanctions imposed on Iran since the nuclear deal with the West, demand for overseas property, with Spain at the forefront, is bound to boom…

But, with interest as strong as ever, I am sure that the Brits will continue to make up the majority of my clientele.