IT took six years and a lot of perseverance but eventually lawyer Adolfo Martos Gross came up with the goods.

Winning the Olive Press costs of over €5,000 from twice-struck off UK dentist Raj Rao, who had wrongly sued us, came as quite a coup when it finally happened last month.

But for Adolfo, of GAM Abogados, it was merely another day at the office.

The gentleman lawyer has been standing up for the rights of expats for two decades from his two offices in Marbella and Malaga.

“It was merely a case of hanging in there, continually reminding the court and insisting that you had a right to get your legal fees paid,” Adolfo explains.

“The key is to never give up and while it is outrageous that it took so long, I am delighted that justice was finally done.”

Now, the chairman of the international legal association “TEN, The European Network” (www.ten-law.net) has a new crusade… to help expats get refunds on deposits put down for off-plan properties that were never built.

It has emerged that up to 100,000 British investors could be in line for a payout after their dream homes failed to be built when the recession kicked in.

It comes after a momentous Supreme Court ruling last year, and with most payments between €20,000 and €80,000 it is mostly people’s life savings.

The good news is the Madrid-trained lawyer, who has 21 years experience in the trade, is completely in the know on the latest ruling.

“The Supreme Court ruling on December 21 is excellent news for anyone who put down a deposit for a dream home, only to find it was never built and could not claim their money back,” he tells the Olive Press.

“If you think you are owed money you lost on an off-plan deposit, now is the time to investigate and get it back!”

The Supreme Court decision ruled that banks are now responsible to pay back the deposits that were put into their accounts as down payments against off-plan schemes.

Now banks are liable even if a bank guarantee was never made between them and the developer – which means more people are eligible to claim.

And successful claimants get the money lost, plus interest AND legal fees paid.

“The banks will now be obliged to check, with contracts up until January 1 2016, whether the developers followed through with their promises, which gives people who lost their money at that time a much stronger case,” says Adolfo.

“And whether you had an official guarantee or not, you should be eligible to reclaim the money you lost with legal help.”

It was law 57/1968 that decreed a bank guarantee was necessary for the deposit, but buyers often didn’t know or fraudulent developers pretended they already had them.

When developers went bankrupt, without the banks taking responsibility, there was no safety net for those having paid deposits.

But after several local civil court cases were successful in suing banks, the Supreme Court passed the ruling.

“We already have a handful of clients we are representing on this and we expect many many more,” Adolfo continues.

You can take action against the banks up to 15 years after the date the properties were set to be finished – or on October 2020, whichever comes sooner. So act fast!

1) Send a letter to the bank to determine your eligibility

2) Employ a good lawyer to help investigate, make your claim and offer support throughout the process 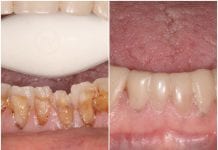 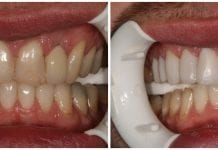 POLISHED TO PERFECTION: Dental porcelain may look good at first, but lose in the long-run to K Sud Dental’s (Calpe) new composite veneers