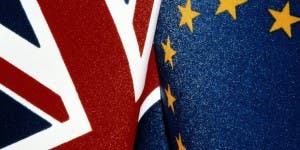 I FLEW some 6000km from my home town of Florida about a month ago. I left an English speaking country for a Spanish speaking one; my midday coffee for a midday pint; my football for, well, your football, but I cannot, it seems, escape bad politics.

Though a large number of Americans had not heard the word ‘Brexit’ until Friday morning, the anti-Trump community shuddered when they woke. Looking back on the British campaign, Americans see the future, and find a parallel vision of Trump: a conservative leaning party split by the far right, a boisterous man with ridiculous hair and a campaign that should be an easy choice, but that represents a system of which people are tired. Perhaps, after Britain’s recent economic and political turmoil, we will look at Brexit as a cautionary tale. And I firmly believe Americans should look at Brexit as a cautionary tale, not only as a realisation that, in our political age, fable can trump fact (yes, intentional), but also as a warning about the ramifications of a horribly polarising and divisive campaign.

Full disclosure: I would have voted remain. I tried my hardest to put biases aside and to research the factual implications of the vote, but my own political biases undoubtedly creeps in.

However, it seems that most people’s biases didn’t so much creep into their decision as they crashed in. Many people flocked to their respective camps under the pretence of abstractions: sovereignty, European idealism, national identity, etc. Others chose their stance based on exaggerated claims: £350 million or the end of Western civilisation, to name just a couple.

Herein lies the source of the unmitigated hysteria Britain has experienced over the weekend. Leaders framed the vote with ideals, not fact, with emotion, not with logic, and we responded positively. We got fired up. And I, too am guilty of this, having bad mouthed my fair share of self-professed leavers. We behaved not like an electorate, but like football fans watching a month long match.

And we see this in the aftermath of the vote: the remain camp appealing to nullify the result; the leave camp calling the opposition sore losers; Labour party officials trying to give their leader the boot, like a manager after a bad season.

But politics is not football. We should not suffer the post-loss hangup, or bask in post-victory pride. The UK has not left the EU yet, and perhaps they never will. Whether or not they leave, British citizens, remainers and leavers alike, should call on their MPs and MEPs (who are, in fact, elected) to lead the charge for EU reforms, or to push for the stipulations in an exit deal he or she feels most strongly about. No one should sit idly and gloat or moan and feel any sense of accomplishment. Britain has not won or lost yet, and while we do nothing, we are all collectively losing.

Secretary Clinton has a lot more going for her than the remain campaign did, and Donald Trump a lot more against him than the leave campaign did. But unlike the UK referendum, the American election is binding, and though I’m not a religious man, the closest I may ever get to praying will be in opposition of Mr. Trump. But if he is elected, I hope we do not stoop to his level and think of the country in terms of winners and losers, but rather as a country facing an undeniably chaotic time.