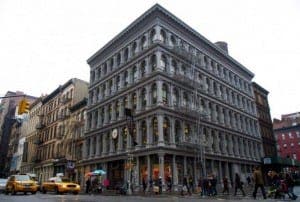 SPANISH fashion mogul Amancio Ortega has been on a real estate shopping spree across the Atlantic.

Ortega, the founder of Inditex, the firm behind brands like Zara and Massimo Dutti, has most recently snapped up the Murray Hill hotel in New York for €61 million.

Boasting 205 rooms in 83,000 sq ft on Park Avenue, the neoclassical-style dwelling was built in 1928 and will now be operated by Spanish hotel company Grupo Iberostar.

He splashed €130 million on an office building in New York’s Soho district in December, after buying up an entire block on Miami Beach for a cool €333 million.