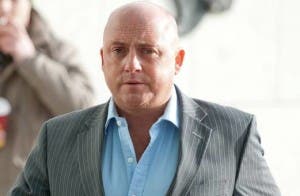 A €3,000 bounty to ‘slice up’ convicted killer Dave Mahon has been accepted by his fellow inmates.

The 45-year-old has only served a month of his seven-year sentence for the manslaughter of his partner’s son, Dean Fitzpatrick.

But bosses at the Mountjoy Prison in Dublin are now keeping Mahon locked in his cell for 22 hours a day, noting a ‘very serious and credible threat’ to his safety.

Sources have revealed a group of inmates from Dublin’s Darndale and Coolock areas have accepted the money offer to ‘slice up’ Mahon, which is reported to have come from a northside gang.

“Mahon is under serious threat and money has been offered to slice him up and give him a severe hiding,” a source revealed.

“He is aware of the threat and it is being treated as very credible by prison staff in Mountjoy. There are a number of fellows who are determined to get him. He is in very serious bother.

“Mahon is hated by a number of criminal factions in the jail, especially because of how he killed Dean Fitzpatrick,” the source added.

Father-of-one Dean, 23, was the older brother of missing Amy Fitzpatrick, who disappeared from Spain in 2008.

Since returning to jail after leaving for a hip operation, the threats against Mahon are said to have intensified.

Mahon, who is eager for a transfer, has been placed under a special protection regime, meaning he can only leave his cell for two hours per day.