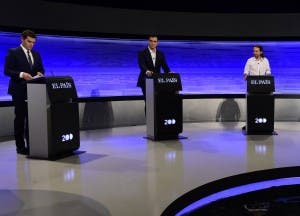 THE Royal Palace has invited the three main political opposition leaders to lunch with President Obama during his visit to the country.

Caretaker PM Rajoy and other members of the piecemeal government are also invited, but had been so prior to the other leaders.

Obama’s visit to Spain marks the first by a sitting US president in 15 years, and ,though late in his term, it maintains what has become a tradition of presidents visiting Spain.

Every sitting president since Richard Nixon has visited the Iberian nation while in office.

Nixon visited Franco in 1970. From July 9 to July 11, Obama will visit leaders of a pluralistic democracy.

In turbulent times, historic perspective can still remind us how far we’ve come.