A FORMER Spanish soldier is facing two years in prison for attempting to sell ISIS baby outfits and T-shirts for children.

The clothing designs featured Galician bagpipes and sabres arranged to look like the ISIS logo.

One design depicted the murder of Alan Henning, a British taxicab driver turned aid worker who was captured in Syria and executed by Mohammed Emwazi, a British ISIS fanatic often referred to as Jihadi John, in a beheading vi 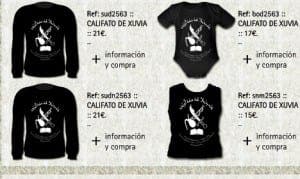 Mohammed Emwazi was later killed in a US drone strike.

The former soldier, identified by authorities as Octavio C. T., was trying to glorify terrorism after posting the clothing range online according to prosecutors.

It appears that none of the clothes were actually sold.