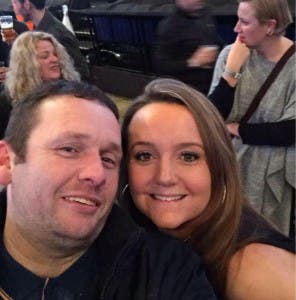 IT isn’t hard to imagine the horror when Billy Stevenson, 38, opened up his passport at Malaga airport to find his 12-year-old daughter’s mugshot staring back at him.

Fumbling in the dark at home, he had picked up the wrong ID in the scramble to make his 6.30am flight to Malaga from London Stansted.

“It wasn’t until we got to Spain we realised we had Ellen’s passport,” she said,

“We told border officials but they just kept asking how we don’t have it.

“The police took us down this corridor into the little police station and they kept asking where the child was.

“We were explaining she wasn’t with us, she was at school.”

The couple’s romantic trip went properly south as they spent the majority of their time at the police station and trying to get the correct passport over.

Luckily the pair had friends flying to Malaga for a stag do who were able to bring the correct one.

A Ryanair spokesman said it is ‘the responsibility of each passenger to ensure they travel on their own passport,’ adding that they ‘regret’ their handler failed to notice.