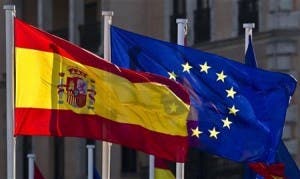 EUROZONE ministers agreed on Monday to follow the recommendation of the European Commission and officially declare Spain and Portugal in breach of the EU public spending rules.

The European Commission said last week that Spain failed to take effective measures to reduce the deficit of 5.1% of the GDP against the goal of 4.2%.

Today the Eurozone members will vote to support the recommendation from the commission which now has twenty days to prepare a sanction proposal.

Spain is expected to deliver an official request within ten days for zero sanctions with a firm commitment to fix their budget.

The commission could impose fines of up to .2 percent of Spain’s GDP.

If penalties are imposed, it would be an unprecedented step against members of the currency bloc and a bad sign for France and Italy, future candidates for sanctions.

Some fear that imposing a fine would only further anti-EU sentiments following Britain’s decision to leave the European Union.