THE best independent films from around the world have been showcased in Madrid at the Hell Chess Film Festival. 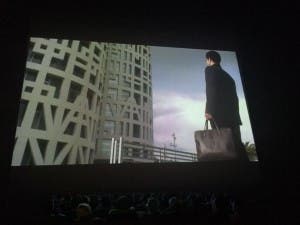 “Carpe Diem is a very interesting film about loneliness. It was made by a young French filmmaker [Gregoire von Rakowski]. It’s a very original experimental film, with a good soundtrack using an opera singer and a mix of classical and contemporary music,” Blanco said.

“Exit is a very experimental film in a very risky edition. It’s inside a person in a catatonic state. All [David King’s] life is devoted to making something different. This is really the spirit of the festival.”

Blanco added that the festival’s aim is to find ‘somebody who has a vision of commitment with society and cinema’.