THE saga around Spain’s infamous floor clause – AKA clausula suelo – has taken yet another surprising turn… and in my eyes it is an unjust one. 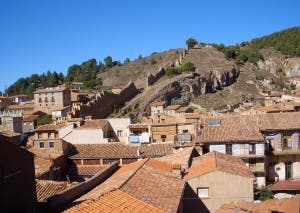 At the 11th hour, with thousands of homeowners on the brink of reclaiming millions of euros, an adviser to the European Court of Justice has put the mass compensation deal in jeopardy.

The ECJ itself will have the final say before the year is up, but if the court sticks by its counsel then Spanish bank bosses will be popping the champagne and toasting the adviser who saved them millions of euros.

Meanwhile countless mortgage owners will be left empty-handed with their promised compensation packets snatched from their grasp.

If the court confirms the adviser’s opinion, the lenders’ bill will be time capped, cutting the payout in half.

The tide of fortunes has quickly turned for both sides. In May, a Madrid judge backed a European Commission ruling, paving the way for 2.5 million people to claim compensation payouts from the banks. Mortgage owners celebrated as analysts expected a whopping payout of around €8 billion from Spain’s major lenders.

Estimated to be responsible for a massive 90% of Spanish housing evictions, the minimum-rate interest clause has been costing mortgage holders an average of €3,000 a year for far too long.

With around 10% of Spanish mortgage holders affected by the hidden interest fee, most banks had already removed the clauses from recent contracts.

To give a little background, the clausula suelo saga reared its head in the mid 2000s, with thousands of customers complaining that they were being tricked into paying thousands of euros on top of their mortgage repayments.

In actual fact it only became an issue because Euribor base rates dropped so low, way below the minimum rate imposed by the clausula suelo, leaving clients overpaying by up to 3%.

By May 2013, the Supreme Court ruled that the fee had not been outlined efficiently in mortgage contracts. Banks were ordered to remove clausula suelo from all contracts where they were not outlined clearly and to repay any fees paid from that date on.

But the ECJ now look likely to quash compensation claims, despite the European Commission and the Madrid courts’ ruling that banks should dip into their coffers and reimburse mortgage borrowers in full.

The clausula suelo saga has long been an embarrassing blot on Spain’s mortgage system and any ruling to reduce compensation now would only darken the stain.