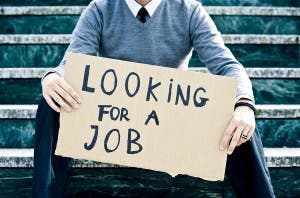 A QUARTER of Spain’s unemployed have not worked for four years or more.

A report by the Fedea economic think tank found that between April and June of this year, 1,127,879 of the country’s 4.5 million unemployed had failed to work for at least four years.

The figure has increased eleven-fold since the start of the crisis in 2008.

The report says because unemployment in Spain is at 20%, employers are able to be picky, and tend to opt for younger people who have been out of work for shorter periods of time.

The job creation over the last couple of years has therefore had little impact on the long-term unemployed.

“Companies look at how long people have not been working. If somebody has been out of work for more than a year, then they don’t even consider them,” says Enrique Neguerela of the regional unemployment department of Galicia.

“Somebody who has been out of work for four years needs to be retrained and to be given a job immediately. Training and employment is the only way.”

More than 60% of the long-term unemployed suffer from a lack of skills, having nothing more than a high-school graduation certificate.