MALAGA officials have come under fire for placing a dog park on a mass burial area. 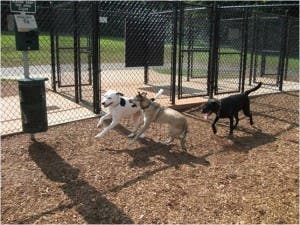 Believed to be the largest mass grave outside of Yugoslavia, the San Rafael cemetery is the last resting place for an estimated 4,400 people killed on both sides of the Spanish Civil War.

Despite erecting a large memorial at the site just three years ago, Malaga’s planning department failed to realise that the planned dog park was directly on top the graves.

Initially, officials, including the mayor, denied accusation from opposition leaders but were later forced to admit that they had been working from an incorrect ground study that had not marked the full extent of the grave.

José Sánchez, president of the Malaga branch of the historical memory association, criticised councillors for building a ‘dog toilet’ on the grave site.

Some have even called for town-planning councillor, Francisco Pomares, to resign but mayor of Malaga, Francisco de la Torre, insists that it was an honest mistake.

Officials have now issued an apology and closed the offending area of the dog park.