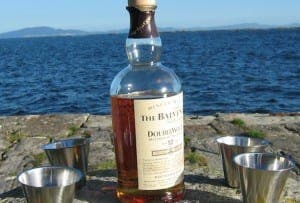 SCOTLAND’S €14 billion euros worth of exports to the EU are under threat following Brexit.

A new report by Holyrood researchers has revealed that its manufacturing, food and drink and financial services could be dealt a devastating blow if the country is forced to leave the Single Market.

The report said: “According to the figures for 2009-2013, Scotland had the highest share of its business economy accounted for by European companies of any UK country or region, with nearly one in every six pounds in the Scottish business economy generated by companies based in the rest of Europe.”

Some 65% of Scottish companies believe leaving the EU will have a negative impact on their business.