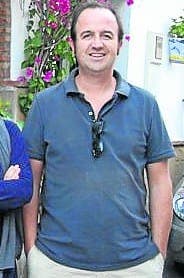 AT the end of last month, the National Statistics Institute of Spain released some very positive tourism figures for June, officially the first month of the summer, building upon the successes of the first semester of 2016.

Across Andalucia, hotel occupancy rates (up 4.7%), nights sold (7.5% higher), and, most important of all for the local economy, the number of people employed in the region by the tourism industry (40,000, a 6.7% increase over 2015) saw significant rises compared to the previous summer.

The Costa del Sol led the way in June, with 2,047,650 tourists spending at least a night in one of its many destinations. More than 75% of total visitors were from overseas.

After posting a 79% hotel occupancy rate in July, the Hotel Owners’ Association of the Costa del Sol (AEHCOS) is now forecasting 85% for the month of August and 75% in September for the whole of Malaga province, with demand on or close to the beach expected to be even higher.

Many tourists this year are reportedly first-time visitors, who are choosing the Costa del Sol as a safe spot to enjoy the summer sun, compared to other destinations like Egypt, Tunisia, or Turkey.

Meanwhile, the Costa del Sol’s property market continues to consolidate its recovery, with prime locations like Marbella and Estepona leading the way over the last couple of years.

According to Aguirre Newman’s Costa del Sol Market Report 2015, over 15,500 new homes came on to the market between May 2015 and May 2016. And, for the first time since 2007, the number of new developments is on the rise, both in terms of apartments in developments and single-family villas.

Meawhile, the time required to sell an apartment or villa reduced by half over the 12-month period, with the average time to find a buyer for a single-family home now less than two years.

While Aguirre Newman noted that prices for bigger, single-family homes increased over the period, due to the ongoing shortage of stock and the launch of luxurious, new-build developments in premium areas, the price of apartments has remained more or less stable over the 12-month period, meaning it’s still a good time to buy if you’re in the market for a property on the Costa del Sol.

Although overseas buyers were involved in more than one in five property sales across Spain in 2015, according to Aliseda Inmobiliaria, the percentage of foreign purchasers on the Costa del Sol is much higher.

While towns like Benalmadena and Mijas attract overseas and Spanish buyers in almost equal numbers, hotspots like Marbella and its surrounding area see foreign buyers account for around 75% of the marketplace.

Even after the Brexit vote, the British continue to lead the way, followed by French, German, Belgian, Swiss and Nordic buyers.