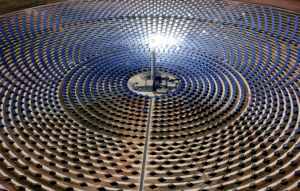 THE tide looks to be turning for renewable energy giant Abengoa.

Bosses claim the new restructuring plan has received the backing of ‘at least 75%’ of its creditors.

The Sevilla-based company expects to implement the final restructuring agreement by the end of September in order to stave off what would be Spain’s largest-ever corporate bankruptcy.

In exchange, the investors will receive up to a 50% stake in Abengoa’s equity.

The company has also sold its US ethanol plants for €317 million.