POPULAR sex-war-dragon drama Game of Thrones is coming to Spain. 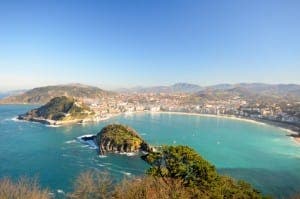 The show, which has captivated an audience of 25 million people since its conception in 2011,  will be filming part of series seven in the Basque Country.

Keep your eyes peeled for the likes of Jon Snow, Khaleesi and Tyrion Lannister, taking in the greenery.