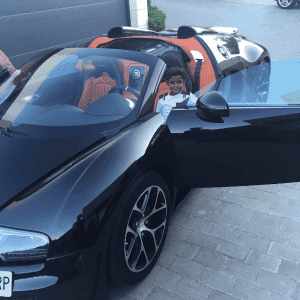 CRISTIANO Ronaldo has been showing off his new €1.5 million car in Spain.

The Real Madrid player posted photos of his new Bugatti Veyron with his son at the wheel.

‘My prince loves the car!’ he wrote.

The 31-year-old treated himself to the supercar following his historic EURO 2016 win in July.

He later took a selfie with his son in the back seat before taking him on a whistlestop tour of Madrid’s ice cream parlours.

Kirsty Mckenzie - 16 Jan, 2022 @ 10:45
A NEW year is finally here and whilst European travel is opening up again, many travellers are still cautious and want to find a...