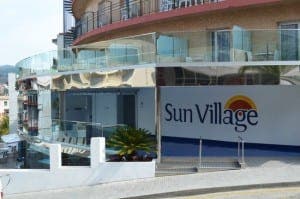 ENERGY giant Endesa is taking legal action against bosses of a four-star hotel after it found the resort was stealing electricity from the street.

Sun Village in Lloret de Mar, Girona, is accused of syphoning electricity from nearby street lighting, after Endesa cut the hotel’s power a year ago due to an unpaid bill of €150,000.

The Catalan police have now opened an investigations into theft and fraud.

Following the discovery the town hall has temporarily shut down the hotel on the recommendation of the local fire brigade.

The illegal electricity line into the hotel was deemed a fire hazard and 238 people were evicted and given alternative accommodation as a safety precaution by the Lloret town hall.

Endesa technicians discovered the crime when carrying out routine works.

The €150,000 debt was inherited by Sun Village after the previous failed to pay their bill for four months.

Cut off by the energy provider in 2015, it is unclear when the hotel illegally connected to the grid.